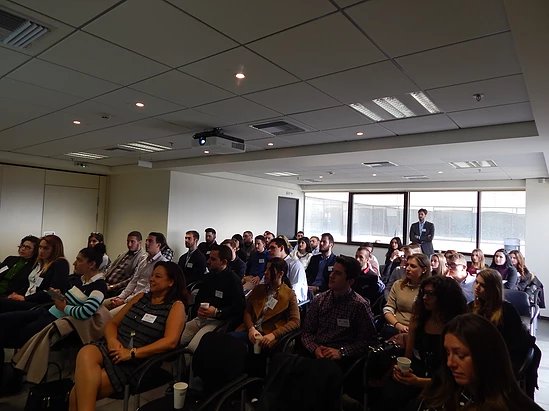 The 1st YES Forum Open Day was held at the premises of DNV GL in Piraeus, on Monday, 5 December 2016, with great success.  Main purpose of this event was the continuation of the open and direct dialogue that was initiated during the 1st YES Forum between young students or shipping executives and the Decision Makers of the maritime industry.

The 1st YES Forum Open Day was attended by more than 50 delegates, among which were shipping company executives, young people who wish to work in the maritime sector, as well as undergraduate and postgraduate students from Greek and foreign universities.

Main speaker was Mr. George Teriakidis, Regional Business Development Manager of DNV GL. Mr. Teriakidis, initially made a short presentation of DNV GL’s history and company’s structure, and continued by explaining the main role of the classification society in a ship’s life, along with the other services surrounding her, i.e., insurance, crew, and finance, to name a few. He also enlightened us on the history and evolution of the classification societies. He emphasized the fact that shipping is an international industry which faces international competition. The shipping cluster in Greece is called upon to interact and compete in today’s global shipping environment.

The fields that were mostly discussed were maritime studies and their effect on a successful career, how graduates can be absorbed by a maritime company and the role of the Greek universities in this procedure.  Last but not least, Mr. Teriakidis, Ms Marina Papaioannou, Ms Danae Bezantakou and Ms, Stathopoulou answered participants’ questions regarding the role of the classification societies, safety at sea and what shipping industry expects from the new generation.

Any cookies that may not be particularly necessary for the website to function and is used specifically to collect user personal data via analytics, ads, other embedded contents are termed as non-necessary cookies. It is mandatory to procure user consent prior to running these cookies on your website.