Part of the proceeds will be allocated for the purpose of 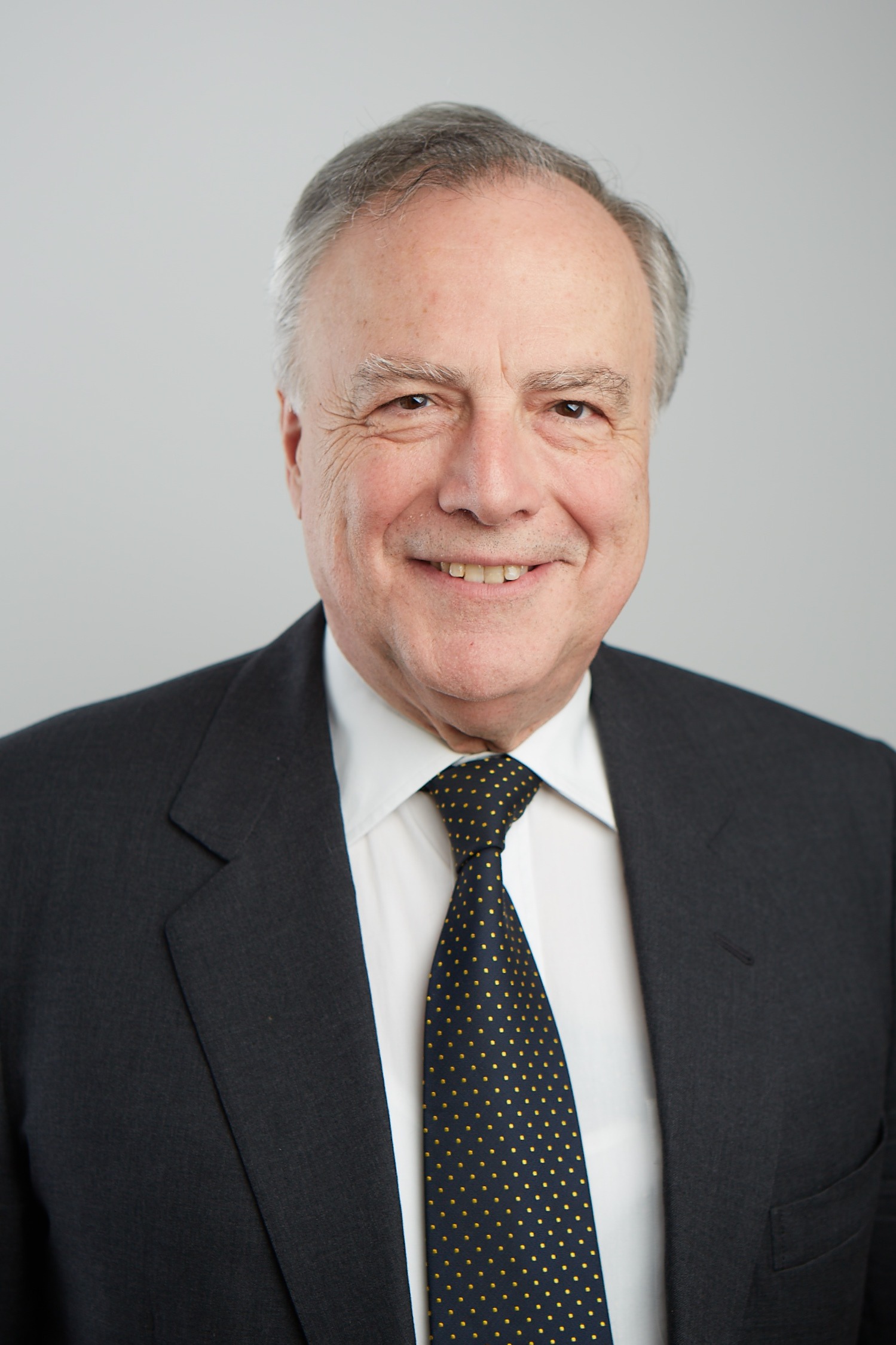 President of Union of Cruise Ship Owners & Associated Members (EEKFN), supports the cruise industry entirely in Greece.
Mr. Kontes is also the Director of Majestic International Cruises, responsible of the operation entirely including Marine, Technical, Hotel ops, with up to three vessels’ in operation

Studied Naval Architect and Marine Engineering in Greece, U.K. and U.S.A. with Master’s Degree. Performed duties in various positions, as:

He is a member of various committees technical as well as shipping in general.
Member of the Steering Committee for a post graduate course in the Technical University of Athens in “Ports Management”, including lectures for cruising subject and tourist ports.
Member of the National Cruise Board Committee controlling cruise industry operation
Member of International Propeller Club USA (Previously General Secretary).
He has received various awards in shipping during his career. 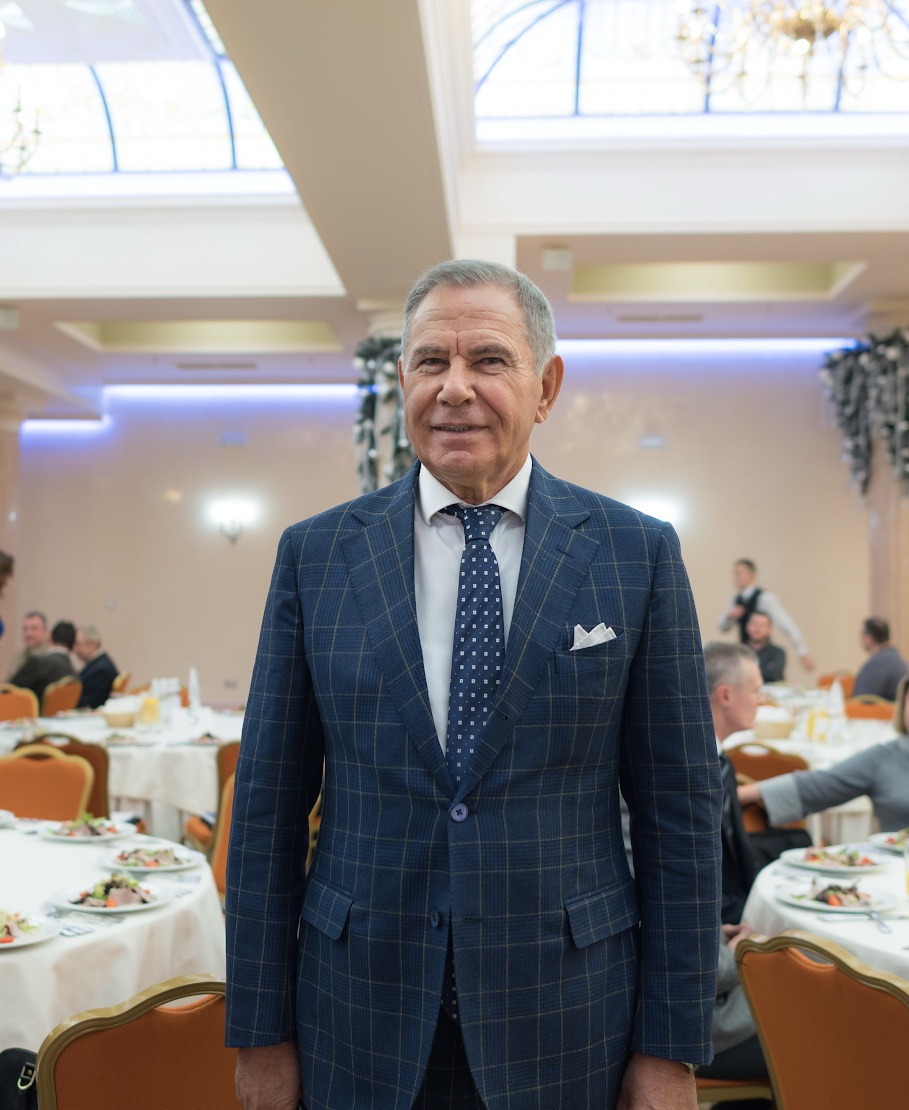 Captain Paris Dragnis was born in 1944 in Volos, Greece. After graduating from the National Merchant Marine Academy in 1966, he spent several years at sea, first as an Officer and then as a Master of multipurpose ships. Before establishing Goldenport Shipmanagement Ltd in 1983, Captain Paris was involved in various ship owning activities as a partner for more than 10 years and also founded Renewal Shipping Agency that acted as agent for a number of reputable ship owners and ship operators.

In 2005, he incorporated Goldenport Holdings Inc. that served as the vehicle for the transformation of the privately owned vessel owning companies into a group that went public on the Main Market of the London Stock Exchange in April 2006. In 2007, he co-founded Oceangold Tankers Inc. together with his sons John and Vassilis. Since 2012, Captain Paris has focused his efforts on Golden Yachts Ltd, a luxury custom yachts company that he founded in 1997. Golden Yachts Ltd has constructed more than a dozen yachts ranging from 30 to 95m and has become the leading super yachts management and chartering business in Greece and the Eastern Mediterranean, managing a fleet of more than 25 super yachts. 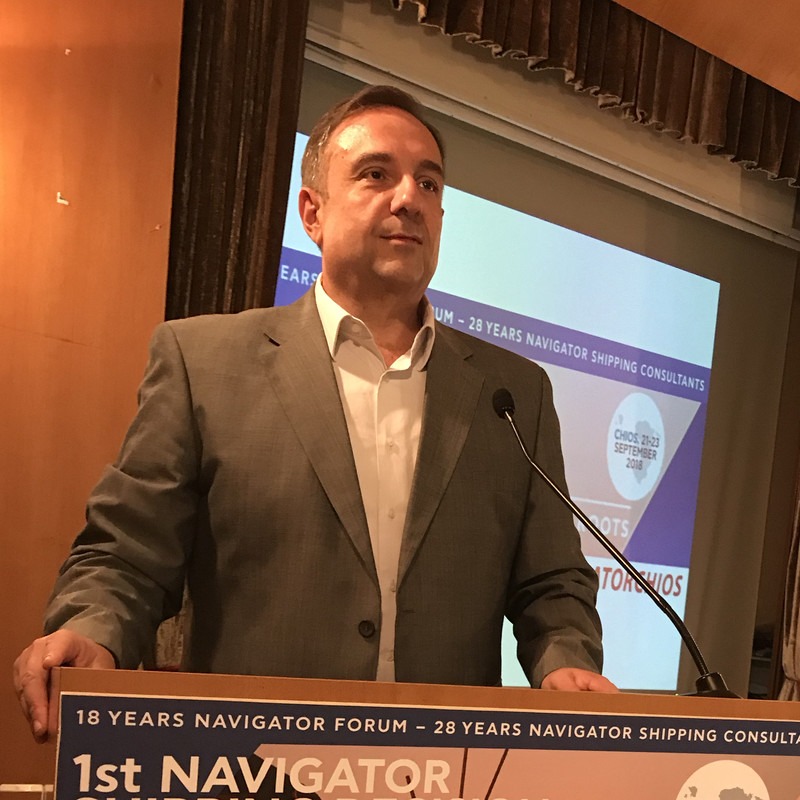 Mr. Tsamopoulos is a Piraeus’ Lawyer since spring 1992, with specialization in shipping and studied at the Aristotle University of Thessaloniki.

He has previously worked at Mega Channel TV Station, at Apogevmatini, Naftemporiki, Axia and Parapolitika newspapers, as well as to Sport FM, Parapolitika and Alpha Sport radio stations. 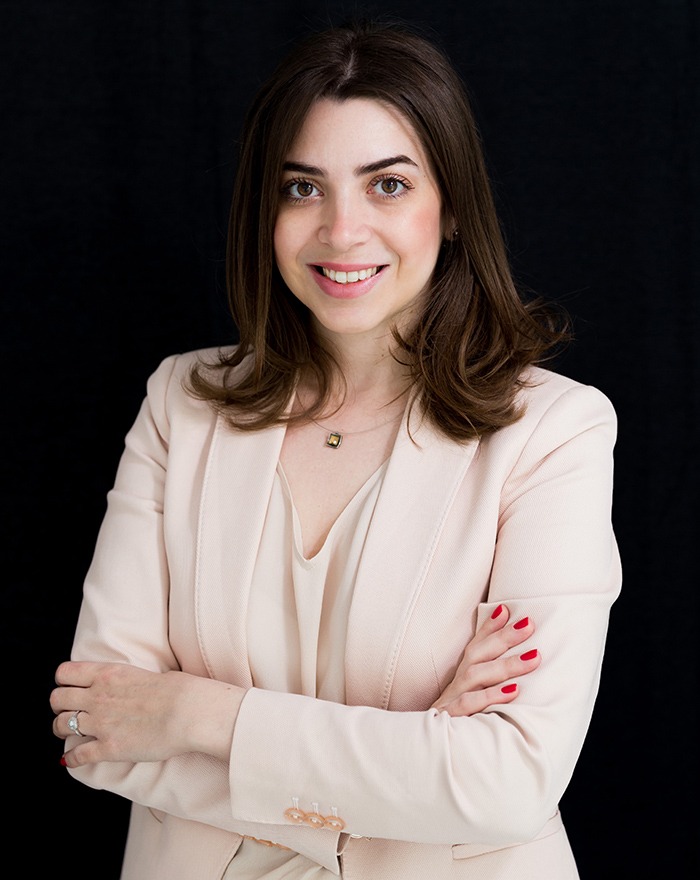 Maria Deligianni is the representative in Eastern Mediterranean region of Cruise Lines International Association (CLIA), the world’s largest cruise industry trade association. Maria Deligianni joined CLIA in March 2018 and has been responsible for government and public affairs issues. Before CLIA, she worked in the European Community Shipowners’ Associations (ECSA) in Brussels as a Senior Advocacy and Policy Advisor on maritime safety, environmental and offshore shipping issues. Previously she spent time at the European Commission’s DG mobility and transport directorate in Brussels. She has also worked for SQE Marine group and PriceWaterhousecoopers (PwC Greece) in Athens. She holds an executive Master in Maritime Science with distinction from the University of Ghent in Belgium. She also holds an MSc in International and European Studies from the University of Piraeus and a bachelor degree on Political Science and Public Administration from the University of Athens. 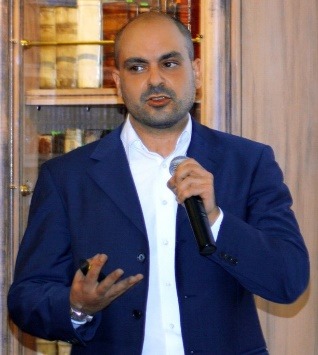 Seremelis Alexander is holding a Master of Science in Shipping from the University of Piraeus & a Bachelor of Science in Hotel & Tourism Management from the University of West Attica.
His academic expertise & area of interest is focusing on Passenger & Cruise Shipping, in subjects such as finance, human resources & operations.
He has 20 years of experience in shipping, both on board & offshore, in areas such as crew, operations & business development.
He has lectured for over 4.000 hours & he has conducted in house trainings & seminars for various organizations.
He has received training in maritime regulations & he is certified CSO (BV) & Internal auditor for ISM – ISPS – MLC (DNV – GL)
He is a certified adult trainer & trainer of distance/online learning.
Finally he has visited over 200 cities/ports around the world for Leisure & Business purposes. 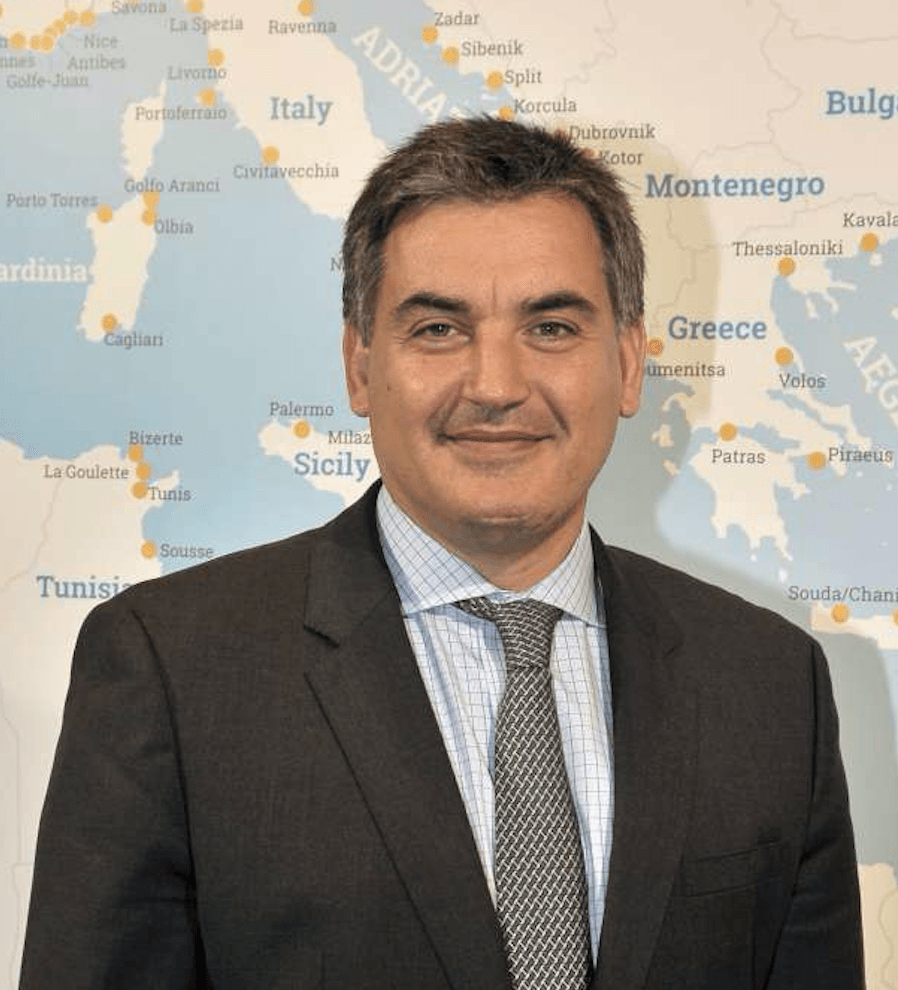 Thanos Pallis is Professor of Port Economics & Policy at the Department of Shipping, Trade and Transport, University of the Aegean, Greece, and President of the International Association of Maritime Economists (IAME). He was a Fulbright Scholar at Columbia University, New York, US, and has reached in various universities in Europe and the Americas.  A regular contributor to OECD and European Commission studies of the port sector, he has won twice the “Maritime Economics & Logistics Best Paper Award” of IAME leading research on private entry in cruise terminal operations (2017); and port concessions (2008). A founding member and co-director of PortEconomics, he has been involved in several projects on port and shipping related issues, served as Secretary of the State for Ports & Port Policy of the Hellenic Republic, and for five years (2013-17) was the Secretary General of MedCruise, the association representing more than 100 cruise ports in 20 countries in the Med and its adjoining seas. 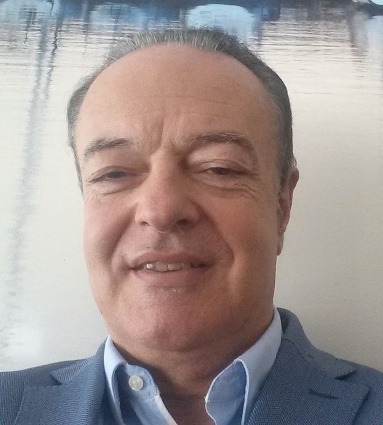 Capt. Vassilios Gazikas, Director of Marine Operations Celestyal Cruises
Capt. Gazikas has 35 years’ experience in the cruise industry both onboard and ashore. He has spent 25 years at sea through the ranks from cadet to master and has served on cruise ships and ferries, before coming ashore to take up managerial positions in operations.
Born in Istanbul Turkey, is a graduate of the Princess Islands boarding school. He completed his nautical studies in the National Merchant Marine Academy of Syros and is a holder of a current master’s license.
Capt. Gazikas joined the company in 2007 as Port Captain in the Marine Operations Department and was promoted to Director of Marine Operations in 2010.
Capt. Gazikas is also the treasurer of the Greek Shipowners’ Union and Associated Members and a member of the Ports and Destinations Executive Committee of CLIA Europe.

Any cookies that may not be particularly necessary for the website to function and is used specifically to collect user personal data via analytics, ads, other embedded contents are termed as non-necessary cookies. It is mandatory to procure user consent prior to running these cookies on your website.